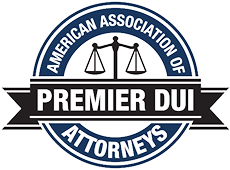 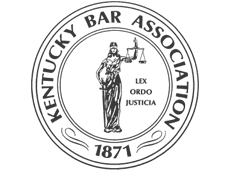 DUI charges in Louisville, Jefferson County or the surrounding Kentucky counties are taken very seriously. My name is Stephen Berry. I’m a Louisville criminal defense attorney. Drunk driving charges can have a devastating impact on your ability to legally drive, your car insurance rates and even your education and/or employment. This is especially important if your son/daughter is dealing with underage DUI charges.

Students, minors and young adults are prime targets for the police. If you’ve attended a house party or other event, there’s a chance you’ve drunk alcohol. People’s bodies handle the effects of beer, bourbon, vodka, tequila other alcohols, differently. Don’t assume just because your friend can handle it, you can as well.

When police bust a party or tail you while you’re driving home, they are looking for evidence which gives them probable cause that you are intoxicated. Luckily, there are specific policies and procedures they have to follow. That doesn’t always happen.

Under-aged drinking can have serious effects on your future. I understand what’s at stake for the individual charged with a DUI and for his/her parents.

If you, or your child, have been arrested for DUI (including under-aged drinking) in Louisville, Jefferson County or the surrounding area, you need to contact me as quickly as possible. I’m a Louisville criminal defense lawyer with years of experience representing people against DUI charges.

There may be ways to have the DUI charges dismissed, reduced and even erased from your criminal record through the Jefferson County diversion program and expungement. I’ll review the facts leading up to the arrest. Examine the evidence used by the police and discuss our options with you. Louisville DUI charges can be handled quickly, but it’s important to work fast.

The prosecutor and the judge will evaluate other circumstances such as:

Under-aged DUI charges can also impact the student’s ability to participate in school events, athletic practices and games and in some cases, to remain at that school. If your son/daughter attends a private or catholic high school in Louisville, you’ve already invested heavily in his/her education. Don’t let a poor decision, peer pressure or a faulty arrest throw that away. You need to contact an experienced DUI lawyer in Louisville. A DUI conviction may also impact your student’s ability to get accepted to some colleges and universities. All of this is in jeopardy.

Underage drinking is never a good thing. But the consequences of that choice don’t have to ruin your child’s future. There may be a way to avoid the serious and lasting impact of a DUI arrest.